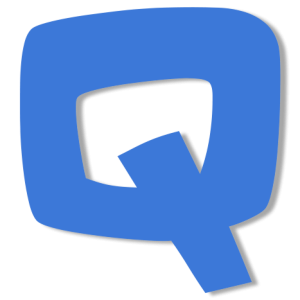 The Humanistic Implications of Qur’an 3:64 for religious pluralism

The neglected humanistic potentials of the Qur’an and its interpretations in classical exegesis (tafsīr) is clearly visible in the commentaries on Qur’an verse 3:64 which calls for a statement of equality or commonness (kalimatin sawā’in) between Muslims and people from other faiths (’Ahl al-Kitāb or People of the Book i.e. people of previous revelations and religious constructs). The majority understood this verse purely as referring to the doctrinal differences between Islam and other religions, but some scholars clearly understood that this verse also had social implications, as the “sawā’in” used in this verse refers to social equality, just as “‘adl” in verse 42:15 refers to equitable justice.

Both verses can be compared as both refers to the relation “between us and you (baynanā wabaynakum)”, the relationship between Muslims and non-Muslims on both a religious and social level. The 10th century Hanafī Māturīdī scholar Abū al-Layth Nasr bin Muhammad bin ’Ahmad bin ’ibrahīm al-Samaqandī (d. 985/375) understands the first part of Qur’an verse 3:64 as:

As can be seen, although he throws in a reference to monotheism, his overall approach is an acknowledgement of social equality. The Hanafi scholars generally refer to the different wordings in other Qur’an recitation styles, especially the one by ibn Mas‘ūd, as a form of exegesis. To link “‘adl” to monotheism only makes sense in the classical theological construct which linked God’s unicity (tawhīd) to His justice (‘adl) as done by in early Islam (by Hassan al-Basrī and later by the Mu‘tazilah). Otherwise it doesn’t make any sense as “‘adl” both in its linguistic as Scriptual meaning refers to equitable justice in both the idealistic and practical ethical sense, but not to monotheism persé. It is thus more likely that al-Samarqandī compounded the exegesis of al-Māturīdī (d. 945/333) (which he wrote a commentary (sharh) on) which mentioned both “‘adl” and “ikhlās” but as separate meanings of “kalimatin sawā’in“, but al-Māturīdī does explains verse 42:15 {I command for equitable justice between you (li-‘adila baynakum)} also as a call towards Tawhīd (which al-Samarqandī copies in his tafsīr), but Māturīdī also understand it as:

Thus apart from the almost obligatory doctrinal excursion which is the main classical approach to people from other religions, al-Samarqandī shifts Māturīdī’s exegesis of 42:15 to 3:64 and sees the main meaning to revolve around social equality as and goes beyond al-Māturīdī and other early commentators by clearly seeing the “kalimatin sawā’in” as the beginning cause (tasīr) of social equality (tusawwī) in blood (sanctity of life and through marriage and kin) and wealth and possessions (as in sharing and trade).

We can see the same humanistic approach with the famous Shaf‘ī ’Ash‘arī theologian and Qur’an commentator Fakhr al-Dīn al-Rāzī (d. 1207/604) who explains the concept of “a word of equality (kalimatin sawā’in)” as a agreement for social equality and impartiality between the different peoples, whereby the term “impartiality (insāf)” can be understood today as secular politics and justice towards a religious and ethnic plural society. al-Rāzī’s reading is unique and feels very contemporary in its vision of social and judicial equality:

In Rāghib’s perspective the People of the Book (’Ahl al-Kitāb) isn’t only referring to Christians and Jews but to mankind in general, all Muslims and non-Muslims, who must make a word of agreement together that everyone is equal. A radical universalistic-humanistic understanding of this verse.

The verses surrounding 3:64 discuss doctrinal issues but also the irrationality of religious exclusivism by pointing out that Abraham was an ethical monotheist who cannot be claimed to be Jewish or Christian in a religious historical sense. In this sense, the Islam of Abraham is presented as something that unites the three historical religions (Judaism, Christianity and Muhammadan Islam). The majority of classical scholars understands 3:64 purely in a religious doctrinal fashion, but as the interpretations of al-Samarqandī, al-Rāzī and al-Rāghib show is that humanistic readings were certainly part of their vision of classical Islam. In 2006 the largest effort in interreligious dialogue between Muslims and Christians in the history of mankind was founded and was called “a common word”, whereby the Muslim scholars who initiated it used the opening statement of 3:64 in both a positive religious and social sense. Religious pluralism was normal at the time of the revelation of the Qur’an and it was the normal environment of the classical scholars of Islam who always understood the Qur’an as allowing and even protecting this religious pluralism, but the difference in religion was frameworked into discriminating social constructs. In today’s context of religious pluralism within a neutral political framework, a contemporary humanistic and social-religious equitable reading of the Qur’an is needed. But as the above two classical scholars show, this reading is not deviating from normative Islam, but an expansion of a neglected potential within both the Qur’anic text and the ethical-theological framework of classical normative Islam.

—On other humanistic concepts within the thought of al-Rāzī and al-Rāghib and his background, see my article: “Be Martyrs for Human Rights: The Humanistic concept of Rights (Huqūq) in classical Islam as seen in the tafsīr of Rāghib al-isfahānī (d. 502 AH)” https://www.academia.edu/7833428/Be_martyrs_for_human_rights_The_religious_humanistic_concept_of_rights_Huquq_in_classical_Islam_as_seen_in_the_tafsir_of_Raghib_al-Isfahani_d._502_AH_